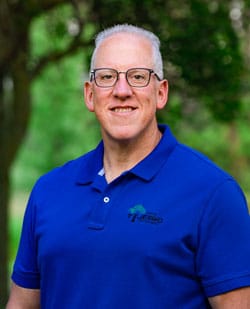 Jerome Tyjeski was born and raised in Wisconsin Rapids, WI. When he was just 4 years old, his mom and dad took him to a chiropractor for his first chiropractic adjustment to relieve ear infection symptoms.

From that time on Chiropractic became Jerome's chosen system of health care. Through elementary, junior high and high school, Jerome participated in music and sports. His favorite sport was soccer, where he made all conference, and chiropractic care kept him in the game. Jerome went on to attend UW-Steven’s Point and UW-LaCrosse where he attained the undergraduate credits necessary to pursue his life long dream of Chiropractic college.

Logan University (formerly Logan College of Chiropractic) in St. Louis, Missouri, was the school where Jerome chose to continue his education. The school was founded on low force chiropractic techniques, and their philosophy of life long, drug free health fit well with Jerome's beliefs. During that time he married his college sweetheart, Joanne (Graper). Upon completing his degree of Doctor of Chiropractic, he returned to Wisconsin Rapids to join Fenander Chiropractic.

After 3 years, he decided to relocate to his wife’s home town, Beaver Dam, WI and start his own business. Park Avenue Chiropractic opened in 1991. In 2001, Tyjeskis built a new handicapped accessible office at 119 E. Mackie Street and renamed the business Tyjeski Family Chiropractic.

Dr. Jerome and Joanne have 4 adult children, Josh, Jeni, Jordan and Jonah. He remains passionate about health and wellness. He has coached his kids through many years of soccer, trap, and powerlifting. He can often be found hunting, biking, or working out with kettle bells and other cross fit methods. Jerome also believes in giving back to the community. He is a member of the Kiwanis Club, and Trinity United Methodist Church. He has professional memberships in the Chiropractic Society of Wisconsin as well as Logan College Alumni Association. He is also a certified IQ Impulse practitioner.

Each year Dr. Jerome seeks out opportunities to learn the best new information in chiropractic health and nutrition. 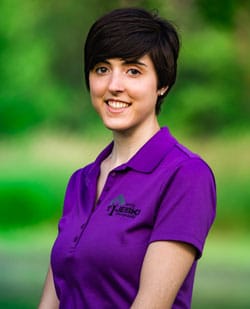 Dr. Stephanie Tyjeski grew up in Stevens Point, WI where she volunteered her time at the humane society and vacation bible school for kids with special needs. She was a graduate of Stevens Point Area Senior High class of 2010 and then went on to attend UW-Stevens Point. She finished her undergraduate degree in Human Biology while beginning the Doctorate of Chiropractic program at Logan College of Chiropractic. She graduated from Logan College in St. Louis, MO on December 17th, 2016. While attending Logan, Dr. Stephanie became advanced proficiency rated in activator technique, a low force adjusting technique, and is certified as a Digestive Health Professional. She was also an intern in the VisceroSomatic Center, an internal health clinic at Logan. Through healthy eating and nutritional supplements, she was able to help her patients with complaints ranging from high blood pressure to edema in the legs to acid reflux. She is currently working on her Masters in Nutrition and Human Performance through Logan to increase her knowledge of healing the body through natural remedies instead of through the use of medication and the side effects associated with them.

Dr. Stephanie also took an interest in treating pregnant women and children at Logan and was part of the Pediatric Club. There are many changes that occur in a woman’s body as she goes through pregnancy including relaxation of the pelvic joints and surrounding musculature which can be assisted through chiropractic adjustments in a safe and effective way. She is also able to use her knowledge of healthy eating to help treat some of the added complaints of pregnancy, such as heartburn and swollen ankles. Children can also benefit from chiropractic care by removing stress on the nervous system which could be due to the birth process, falling when learning how to walk, and the overall general growth of their spine. The stress on the nervous system may show up in different ways in children such as difficulty with nursing, a colicky baby, and trouble with potty training. Dr. Stephanie uses low force chiropractic which is a gentle technique to remove the interference off of the nervous system by adjusting the spine.

In her free time, Dr. Stephanie likes to work-out at the YMCA, sing in her choir and play handbells at church, and to visit the public library. She enjoys playing with her two dogs, Anna and Sparky, as well as her two sugar gliders. She is looking forward to the summertime when she and her husband, Dr. Josh, can visit the beautiful Wisconsin state parks for some hiking and picnic lunches. 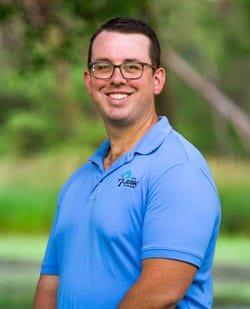 Dr. Josh Tyjeski grew up in the Beaver Dam community where he was involved in 4-H, YMCA sports, high school soccer, and National Honor Society. He was a graduate of Beaver Dam High School class of 2010 and then attended UW-Stevens Point. He finished his undergraduate degree in Human Biology while beginning the Doctorate of Chiropractic program at Logan College of Chiropractic. He graduated from Logan College in St. Louis, MO on December 17th.

While attending Logan, Dr. Josh became advanced proficiency rated in activator technique, a low force adjusting technique which lead him to becoming the president of the Activator club. Due to his hard work and dedication with the club, Josh received the Chiropractic Science Division award in recognition of outstanding and unselfish contribution of time, energy, and enthusiasm to fellow students in attainment of the art, science, and philosophy of chiropractic. During his clinical experience at school, Josh served as a Group Leader which included leading current clinic interns in treating patients, providing support for clinicians and handling communication between clinicians and interns. Josh was also awarded the Health Center Achievement Award for his exemplary clinical performance. Dr. Josh also studied Motis taping which is used to support muscles and athletic injuries. As an athlete in wrestling and soccer, Dr. Josh understands how important it is to keep the body healthy during both the on and off seasons. He understands the importance of exercising with the correct form and technique in order to prevent injuries. He also received a certification as a Chiropractic Nutrition Specialist in order to be able to support athletes nutritionally since nutrition plays a key role in proper function of the body.

It had always been Josh’s dream to follow in his dad’s footsteps and become a chiropractor. He has been helping with the family practice since he was born which has included breaking ground for the new office on East Mackie St and working the front desk. He is excited to be back and reconnecting with the Beaver Dam community.

During the summers in Beaver Dam, Josh took care of the school districts landscaping where he developed his hobby of gardening. When he isn’t working, Josh likes to play with their dogs, Anna and Sparky, and their 2 sugar gliders as well as visit the local coffee shops with a good book. He looks forward to the summer time when he can be outside enjoying the sunshine with his wife, Dr. Stephanie and to show off his skills in paintball and disc golf. 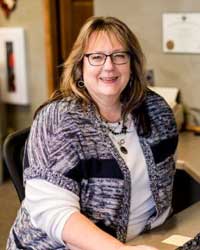 Cindy Rechek was born right here in Beaver Dam.  Her parents, Joe and Millie raised Cindy along with her 7 brothers and sisters on their family farm on the north side of town.  During school Cindy learned the value to work by working at the library, Banilla Beavers ice cream shop, and after high school at the Daily Citizen.

After graduation, Cindy attended Moraine Park Technical college where she earned a degree as a Chiropractic Technician.  She was very excited to learn more about natural health and how to care for the body without the use of drugs or surgery.

Cindy has over 20 years experience as a chiropractic technician, the last 5 years being at Tyjeski Family Chiropractic. ‘Patient education and sharing the importance of lifelong chiropractic care are passions of Cindy’s.  Her 2 kids have adjusted since they were 3 days old, and have lived a natural, prescription drug free lifestyle. At the clinic she is the insurance expert and answers all insurance questions. She is also enjoying her role as office manager, helping to recruit and train staff and well as caring for the patients at the clinic.

In her spare time she likes to participate in retreats to learn more about self care and how she can make a difference in the world.  She can also be found volunteering at Second Harvest Food Pantry and other local food pantries.